ABSTRACT: Parenting style has both short-term and long-term effects upon child development. The benefits of authoritative parenting have been documented for many years, and now research demonstrates that responsive parenting, a crucial component of authoritative parenting, may actually help alleviate the effects of toxic stress experienced in utero and during childhood.  Other documented benefits range from improved language development in toddlers to a decreased risk of metabolic syndrome in young adults.  The American College of Pediatricians encourages all health care professionals to consider this research in advising parents with the care of children.

Responsive parenting, as originally described, refers to a caregiver-child (most often mother-infant) relationship that is marked by prompt attention to the child’s needs contingent upon the behavior and developmental state.1 This responsiveness can be to various situations, such as signs of illness, a verbal or facial expression of need, or an exploratory initiative. Responsiveness is a component of a more comprehensive parenting style, Authoritative parenting, wherein parents are aware of and responsive to their child’s emotional and physical needs, and yet willing to consistently apply firm loving correction when needed.2 Responsive parents are “in tune” with their children. They understand individual developmental and temperamental differences, respond quickly and appropriately to their children, and provide encouragement and support during times of distress. This provides a secure base from which children can explore their environment and learn, and also mitigates the negative effects of adverse childhood experiences, including toxic stress experienced in utero.

1. Observation in which the parent notices the child’s attempts to gain attention via vocalizations and movement.

2. Interpretation in which the parent correctly interprets the signals of the child.

3. Action in which the parent responds consistently and promptly to meet the child’s needs, while taking into account the child’s development.3

Responsive parenting has also been defined as “Warm acceptance of infants’ needs and interests with responses that are prompt and contingent on infants’ signals."4

Infants who perceive their parents to be connected and responsive to them also feel more secure and are able to trust their parents, which will become the basis for learning and development.

In one study, researchers followed 125 mothers and children from pregnancy through 17 months postnatal age. At 17 weeks gestation, amniotic fluid was evaluated for levels of cortisol as an indicator of maternal / fetal stress.  Infants were then evaluated with the Bayley Scales of Infant Development at 17 months of age as well as with the Ainsworth Strange Situation assessment.  Children whose mothers experienced higher stress during pregnancy were more likely to have trouble paying attention and had lower language scores.  However, this association was only true for those children who had an insecure attachment to their mothers.  For children whose mothers had experienced stress during pregnancy but who demonstrated responsive parenting, there was no relationship between stress and future impaired language development.5

Even deaf children who receive a cochlear implant have better language outcomes when their mothers are responsive or sensitive. Researchers evaluated maternal sensitivity in videotaped interactions between 188 mothers and their children who had severe hearing loss and were 5 months to 5 years of age. After receiving cochlear implants, the children whose parents displayed high responsiveness demonstrated a greater increase in language acquisition.7

Infants actually modify the phonological structure of their babbling to mirror their mother’s communication style when mothers respond in a contingent manner, and respond more when language is combined with appropriate physical touch and body language.8

Another study showed “increased maternal responsiveness facilitated greater growth in target infants’ social, emotional, communication, and cognitive competence.”4 This study reveals that mothers who know their infants and respond appropriately to them are actually enhancing their infants’ brain development.

Infants whose mothers received “Responsive Parenting” training that included developmentally appropriate information on sleep were more likely to have earlier bedtimes and be able to self-soothe to sleep at 16 and 40 weeks of age.10

An important study demonstrated that fathers play a significant role in the family, especially if mothers are experiencing depression. Researchers followed 149 families (46 with chronically depressed mothers and 103 controls with non-depressed mothers) from the time of the infant’s birth through 6 years of age, observing mother-child, father-child and family interactions. When fathers demonstrated increased child engagement and high sensitivity, negative effects of maternal depression on family cohesiveness were ameliorated.11

One study looked at the effects of both father-child and mother-child interactions on subsequent language and cognitive development. One hundred eleven children were evaluated at 24 months and 36 months.  Supportive parenting was significantly related to the child’s subsequent development.12

Researchers in England followed over 800 first time mothers from pregnancy until their children were 3.5 years. The mothers were assessed for anxiety at 20 weeks gestation and for their stroking behaviors on their infants at 9 weeks of age. When the children were 3.5 years of age they were evaluated using the Preschool Child Behavior Checklist. Children whose mothers demonstrated more frequent infant stroking had less negative behaviors, even if their mothers had experienced anxiety during pregnancy.13

In another study, preschool children (aged 3 – 6 years) were followed for five to ten years and had MRI brain scans at early adolescence.  Poverty adversely affected brain growth, but these effects were mitigated by positive caregiving.14

Similarly, when 163 individuals were followed from birth through age 32 years, stress in early childhood and adolescence predicted adverse health outcomes in adults. “Higher maternal sensitivity, however, buffered these deleterious effects.”15

A study of 812 Latino parents and children in kindergarten through second grade demonstrated that a positive parenting style can even help reduce the risk that children will become overweight. “Parental use of positive reinforcement and monitoring was associated with children’s healthy eating and exercise.”17

Data from the Study of Early Child Care and Youth Development that included data from families living in nine states whose children were born in 1991 was analyzed. Observers had assessed maternal sensitivity at three times – when children were 15, 24, and 36 months of age. Children who had the poorest maternal-child relationships were almost 2 ½ times more likely to be obese as adolescents than those children who had the best relationships.18

Parenting research consistently demonstrates the benefits of positive reinforcement, especially when compared with negative, critical discipline. Recently a study evaluated the effects of positive experiences on brain development in 188 adolescents followed for four years. The authors demonstrated physical structural changes in adolescent brains they attributed to positive parenting and speculated that these changes may be protective against development of depression.20

A study of adolescents with Type 1 Diabetes showed that adolescents whose mothers used positive reinforcement were more likely to have better psychosocial adjustment (with fewer depressive symptoms) and even better control of their blood glucose levels.21

Beneficial effects of responsive and nurturing parenting extend into adulthood. Researchers evaluated 1205 middle-aged Americans who had been raised in a low socioeconomic environment and were high risk for developing metabolic syndrome. Upward social mobility did not appear to protect the adults from metabolic syndrome, but “high levels of maternal nurturance offset the metabolic consequences of childhood disadvantage.”22

As noted in Part II, telomeres, the protective caps at the ends of chromosomes, normally shorten with age, but also with toxic stress. Thus, shortened telomere length has been associated with a decreased life span. However, supportive, responsive parenting can moderate the biological effects of toxic stress. One longitudinal study evaluated telomere length in 89 children, 51 of whom were considered to be “high risk” because of parental involvement in the Child Welfare System. The researchers “found that high-risk children had significantly shorter telomeres than low-risk children, controlling for household income, birth weight, gender, and minority status. Further, parental responsiveness moderated the association between risk and telomere length, with more responsive parenting associated with longer telomeres only among high-risk children”.23

In another study, 216 African American high school youths who were experiencing high levels of non-supportive parenting and demonstrating increased levels of anger were followed prospectively. One group of adolescents and their families received a family-based group intervention which included helping parents provide emotional support for their adolescents, while the other half did not receive this intervention. At the onset of the study and five years later, the telomere lengths were measured in all participants. Participants who had received the family intervention did not show the same degree of telomere shortening as did the control group, indicating that “developmentally appropriate interventions designed to enhance supportive parenting practices can buffer the effects of receipt of non-supportive parenting on TL (telomere length).”24

This study indicates that even later in life, in this case late adolescence, changes in parenting style can occur and may ameliorate the biological changes associated with toxic stress.

All children benefit from responsive, supportive parenting, especially those children who have experienced adverse childhood events, including toxic stress in utero. As pediatricians and other health care professionals screen children and families for adverse childhood events, it will be crucial to provide families with tools that can help ameliorate some of the known sequelae of toxic stress. In addition, parents who themselves have suffered toxic stress will likely benefit from counseling so they can in turn parent their children in a responsive manner. The American College of Pediatricians encourages all health care professionals to consider this research when advising parents with the care of children, especially during infancy.

Part 1 of this paper: Positive maternal-child interaction during pregnancy

Part 2 of this paper: Adverse maternal influences on her unborn child

The American College of Pediatricians is a national association of licensed physicians and healthcare professionals who specialize in the care of infants, children, and adolescents. The mission of the College is to enable all children to reach their optimal physical and emotional health and well-being.

A PDF of this statement can be printed here: The Mother-Infant Connect Part 3 of 3

11. Vakrat A, Apter-Levy Y, Feldman R. Fathering moderates the effects of maternal depression on the family process. Developmental and Psychopathology. 2018; 30(1):27-38.

22. Miller GE, Lachman ME, Chen E, Grumewald TL, Karlamangla AS, Seeman TE. Pathways to resilience: maternal nurturance as a buffer against the effects of childhood poverty on metabolic syndrome at midlife. Psychol Sci. 2011; 22(12):1591-1599. 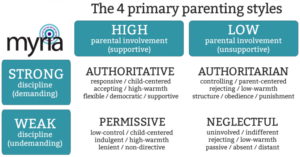