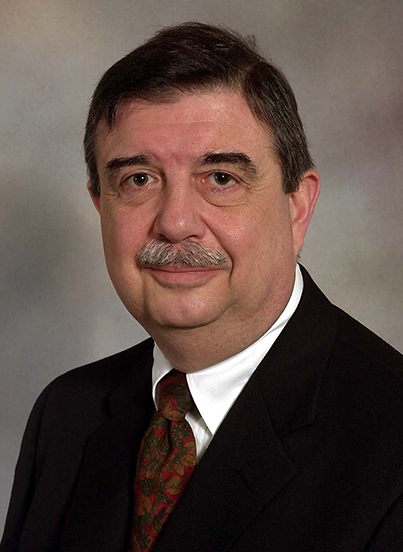 Joseph Zanga, M.D., a past president of the American Academy of Pediatrics (AAP) and the American College of Pediatricians, is a specialist in pediatrics, and the retired Chief of Pediatrics for Columbus Regional Health/Columbus Children’s Hospital in Columbus, Georgia.

Prior to coming to Columbus in 2009, he was the Catherine and Max Ray Joyner Distinguished Chair, and Assistant Dean, in Primary Care, at Brody School of Medicine at East Carolina University. Until 2002 he was Chair of Pediatrics at Loyola in Chicago, having previously served as Vice Chair at Louisiana State University (LSU) Medical Center, and as Professor of Pediatrics and Emergency Medicine at both LSU and Tulane University.

A Fordham University (FCO ’66) and Loyola Medical School graduate, Dr. Zanga completed a pediatric residency at the Medical College of Virginia, where he also served as Chief Resident. He then journeyed to Strong Memorial Hospital of the University of Rochester, Rochester, NY, for a Primary Care Pediatric Fellowship. His next appointment was to the faculty of the University of Virginia School of Medicine as Assistant Professor and Director of Community Pediatrics. For a major portion of his career (19 years), Dr. Zanga served as an Associate Professor, then Professor of Pediatrics and Emergency Medicine, at Virginia Commonwealth University/Medical College of Virginia. During that time he was Chair of the Division of General Pediatrics and Emergency Care, Director of the Central Virginia Injury Prevention Center (including the Virginia Poison Center), Director of the Child Protection Committee, and Project Director for several grant funded programs.

Dr. Zanga has also served at other institutions as principal investigator for a number of federal and other grants and is author or co-author of over 30 articles, 15 AAP publications, 20 book chapters and monographs, and numerous abstracts, reports and Letters to medical journals. Until recently he served as a reviewer for Pediatrics, Journal of Pediatrics, Ambulatory Pediatrics, Journal of Medical Ethics, and still serves as reviewer for the Journal of Palliative Care Medicine and The Linacre Quarterly. He was a member of the Board of the Medical Institute for Sexual Health and served an extended term on the National Advisory Council of the National Center for Primary Care at Morehouse Medical School. His most recent completed appointment outside the Columbus community was to the National Advisory Council of the National Institutes of Child Health and Human Development of the NIH.

In Columbus Dr. Zanga served as an Adjunct Professor of Pediatrics at Mercer University SOM, a Court Appointed Special Advocate (CASA), Chair of the Columbus Rotary sponsored Community Coalition to End Human Trafficking Now (EHTN), Vice Chair of his Parish Council, a member of the Symphony Orchestra Board, the CSU College of Letters and Science Advisory Council, the School Based Center Advisory Council. the Young Child Wellness Coordinating Committee, and taught Residents, Medical, and pre-medical students in the hospital and at the College. He was also a delegate to the State Medical Association from the local Medical Society among other activities.

During his term as President of the AAP, Dr. Zanga focused on several major issues, including preprofessional education, workforce, child abuse and other violence prevention, substance abuse prevention, children and the media, sexually transmitted infections/adolescent health, and financial access to health care for all children. He also promoted the importance of family for the health and well-being of children. Prior to election to the Presidency he had served as a member of the Board of Directors of the Academy, a position to which he was first elected in 1989. He held many other AAP posts including, founding Chair of the Section on School Health, and Chair of the Section on Bioethics. He continued with many of these as founding President of the American College of Pediatricians.

Married to Christine (Fordham University ’69) for 50 years, Dr. and Mrs. Zanga are parents to Catherine, a Charlotte, NC, Attorney (deceased 2014), and Joseph, Jr., a Medicine/Psychiatry faculty member at Duke and the Durham VA. They are also grandparents to Anna and Alexander, children of Catherine and her husband, Hyong, and Kaitlyn, Charlotte, and Natalie, daughters of Joseph and his wife, Karen.