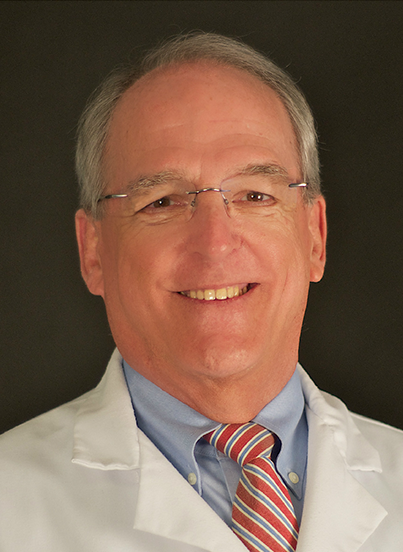 Dr. Van Meter graduated from The College of William and Mary in 1969. He attended the Medical College of Virginia where he received his medical degree in 1973. Dr. Van Meter did his pediatric internship in 1973 and 1974, and his pediatric residency from 1974 to 1976, at the Naval Regional Medical Center in Oakland, through the University of California, San Francisco. He completed his pediatric endocrinology fellowship from 1978 to 1980 at The Johns Hopkins Hospital.

Dr. Van Meter worked as a staff pediatric endocrinologist at the Naval Hospital in San Diego from 1980 to 1986 and was Chairman and Director of the residency training program at the Naval Hospital Oakland from 1986 to 1991.  In 1991, he retired from a 20-year career in the Navy Medical Corps and moved to the Atlanta area where he joined the Fayette Medical Clinic as a Pediatrician and Pediatric Endocrinologist.  To better serve the ever-expanding population of pediatric patients with endocrine disorders, he developed his own full-time endocrine practice, which today bears his name.  He is an adjunct associate professor of Pediatrics at Emory University School of Medicine and an Associate Clinical Professor of Pediatrics at Morehouse Schools of Medicine. Dr. Van Meter has been campaigning around the world to educate health care professionals about the harm of affirmation of gender incongruences.

Quentin and his wife Kathy have been married 47 years, and have four grown children and four grandsons.  They are active members of the parish of the Cathedral of Christ the King in Atlanta, where Quentin is a member of the choir.  His youngest daughter, Mary, is a nurse practitioner in his office.